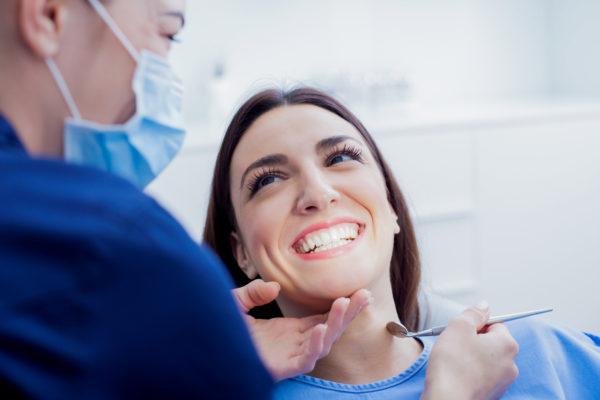 Undergoing a teeth cleaning in Powell can occasionally feel like a hassle to some patients. Scheduling an appointment, taking the time to drive down to Frontier Family Dental, and then sitting through the procedure doesn’t usually rank very highly on most people’s to-do list. However, that teeth cleaning in Powell you may be avoiding could help to save your life.

A recent study has found that patients with active gum disease have a higher risk of experiencing a major cardiovascular event, such as a stroke or a heart attack. While patients with a history, but no current case of gum disease, don’t appear to have the same higher risk for these types of health problems, the study does suggest that gum disease leads to inflammation in the arterial walls, which can cause a cardiovascular event.

Is Gum Disease a Life-Threatening Condition?

While it’s easy to think of gum disease as a minor annoyance that causes sore gums tissue and a little minor bleeding, it’s actually a serious infection of the soft tissue that surrounds your teeth. Without treatment, gum disease can progress to the point it destroys the underlying bone structure and soft tissue that hold your teeth into place, ultimately leading to permanent tooth loss.

The bacteria found in dental plaque enable gum disease to develop by causing an inflammatory response that slowly erodes bone and gum tissue.

During the early stages of the disease, when referred to as gingivitis, gum tissue becomes swollen and bleeds easily, especially after brushing and flossing. If allowed to progress into the far more serious periodontitis, gum tissue may start to recede away from the base of your teeth. This exposes the delicate nerves and support structures of your teeth to harmful bacteria.

Now capable of moving beneath the gum line, harmful bacteria can begin the steady deterioration of these structures, leading to bone loss and eventual tooth loss.

To prevent the development of gum disease, our team at Frontier Family Dental recommends that patients brush twice a day and to floss daily. When combined with a teeth cleaning in Powell every four to six months, these steps can significantly lower your risk of gum disease and any associated health problems it can cause.

Despite all of the problems gum disease can cause, millions of Americans have developed some form of the disease. According to the Centers for Disease Control and Prevention, 47.2 percent of Americans 30 and older have either gingivitis or periodontitis. For adults over the age of 65, that number explodes to over 70 percent.

A clear connection exists between gum disease and a wide variety of illnesses that involve inflammation, including heart disease, respiratory disease, cancer, and even Alzheimer’s disease.

While researchers have had a difficult time finding a direct connection between gum disease and these types of systemic health problems, they do share a number of common risk factors.

A recent study conducted by researchers at the Harvard School of Dental Medicine found evidence that gum disease places patients on a path towards experiencing major cardiovascular events, such as heart attacks and strokes.

The results of the study were published in the Journal of Periodontology.

Inflammation is the Root Problem

As part of their study, the research team reviewed CT and PET scans of over 300 participants for any signs of gum disease related inflammation and arterial inflammation.

The scans had been conducted for other reasons, most as part of cancer screenings. By the time a follow-up scan occurred, roughly 4 years later, 13 of the participants had experienced a significant cardiovascular event.

The researchers found the individuals with signs of active gum disease at the start of the study were significantly more likely to experience a cardiovascular event.

Participants with gum inflammation were also more likely to develop inflammation in their arteries, which can lead to the development of cardiovascular disease.

Importantly, these connections remained statistically accurate, even after the researchers accounted for known risk factors that are linked to both heart and gum disease, including aging, weight, blood pressure, and diabetes.

Don’t Underestimate the Importance of a Teeth Cleaning in Powell

So, the next time you consider skipping your scheduled teeth cleaning in Powell, make sure to think about what that decision could mean to your long-term health. By spending just an hour with our team at Frontier Family Dental, you can significantly lower your risk for gum disease and all of the health problems that come with it.